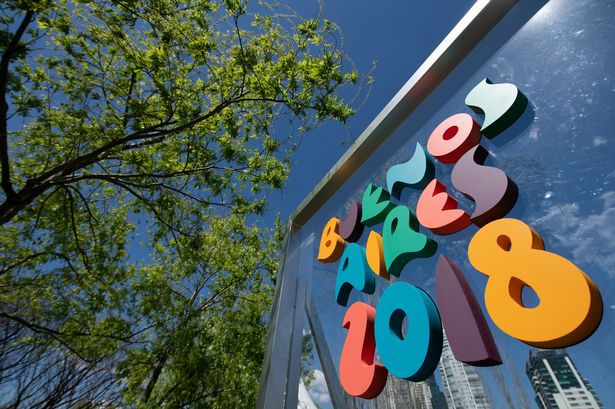 The 3rd Edition of the Summer Youth Olympic Games opened in Buenos Aires in a spectacular ceremony on the streets of the Argentine capital.
For the first time in modern Olympic history, the opening ceremony took place as a giant street party in one of the widest avenues in the world, Avenida 9 de Julio.

Two hundreds of thousands of people, an opening ceremony gathered at the Obelisk that played a central role in the ceremony, and millions more watched around the world online. Almost 4,000 athletes between the ages of 15 & 18 from 206 National Olympic Committees
are taking part in the Games, and they entered the ceremony together, rather than in the traditional parade.

For the first time in Olympic history, the sports programme at Buenos Aires 2018 has a complete 50-50 gender balance, and in keeping with that, the Torch Relay concluded with two legends of Argentinian sport –Paula Pareto and Santiago Lange. They had the honour of lighting the cauldron with the Youth Olympic flame, after Argentine President Mauricio Macri had declared the Games officially “open.” The flame will now be moved to the Youth Olympic Park venue, where it will continue to burn until the end of the Games on 18 October.

The Thai Boys’ football team, the Young Boars, who were rescued from a cave earlier this year after being trapped for two weeks were special guests at the ceremony. IOC President
Thomas Bach commended them for their spirit and demonstrating the importance of sporting values.

2,000 people were involved in the show-including 350 performers, technicians and musicians from Argentine theatre company Fuerza Bruta. Moving stages brought the performance closer to the crowds in the streets, the 71.5-metre high Obelisk had sports displays up and down it, and, of course, there was a scintillating Argentine Tango routine.

VIDEO: I feel 100 % Cameroonian- Eric Chuopo- Moting.
VIDEO: BAYERN PLAYERS HAD SOME BEERS AT THE OKTOBERFEST BUT NOT ENOUGH TO FORGET THEIR POOR LEAGUE FORM.
Change Language »