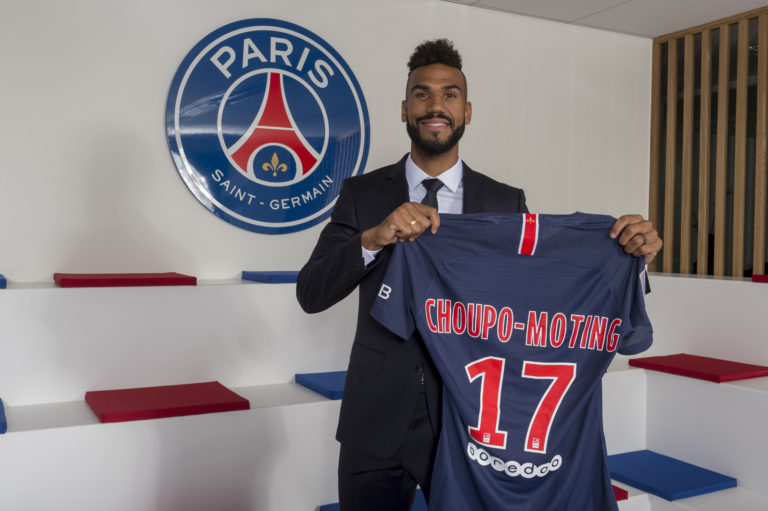 Eric Chuopo-Moting plays a striker for the Cameroonian national team as well as Paris Saint-Germain of France. He was born and raised in Germany to a German mother and a Cameroonian father. He could have represented Germany at senior level if he wanted, having represented the European nation at both under 19 and under 21 levels, but he opted for Cameroon, the country of his father.

For a lot of players, who have mixed backgrounds, the first choice is always the more illustrious country, and in the case of Chuopo Moting, it is Germany but the former Schalke and Mainz striker decided to represent the West African country for the love of fatherland and his quest to learn about Africa after spending all his life in Germany.

“I love Africa, and I wanted to learn more about this great continent and its countries,“ he said in an interview with omasports in Paris, shortly after his team PSG hammered Red Star Belgrade 6-1.

Unlike his colleagues like Leroy Sane and Jerome Boateng who both have African fathers, he took a different direction, a direction that perhaps offers him the opportunity to rediscover himself and find a connection with his roots.

“My father comes from Cameroon, and I don’t see myself as 50 per cent Cameroonian, I see my self as 100 Percent. Its an honour as well to play for Cameroon. When I was young, I looked up to players like Eto song, Mboma and the likes. As I said, Cameroon has always been a big nation in Africa, and I love Africa, and the, and I wanted to combine the continents and the country Cameroon. I played my whole career in Germany I was born and raised in Germany, So I know a lot about Germany and Europe, and I wanted to learn about Africa so, I a happy I chose Cameroon.”

The striker who moved from Stoke city to PSG in the summer transfer window went on to prove his connection with his fatherland Cameroon by talking about his love for Cameroonian delicacies, ” I eat Ndole alle but my favourite is Puff Puff and beans” he said.

Ndolé is a Cameroonian dish consisting of stewed nuts, ndoleh (bitter leaves indigenous to West Africa) and fish or beef.
The dish may also contain shrimp or prawns. It is traditionally eaten with plantain, bobolo (a Cameroonian dish made of fermented ground manioc or cassava and wrapped in leaves), etc. (Source-Gogle wikipedia)

He also listens to a lot of African songs. “I love my Nigerian brothers, and I also like Cameroon rappers, Maahlox le vibreur. Of course, I love Africa”.He said.

Champions League: Tuchel- “Neymar is not 100% fit but he is very involved with the team and the project.”
VIDEO: YOUTH OLYMPIC GAMES BUENOS AIRES 2018 OPENS IN A SPECTACULAR CITY CENTRE CEREMONY .
Change Language »