Champions League: Tuchel- “Neymar is not 100% fit but he is very involved with the team and the project.” 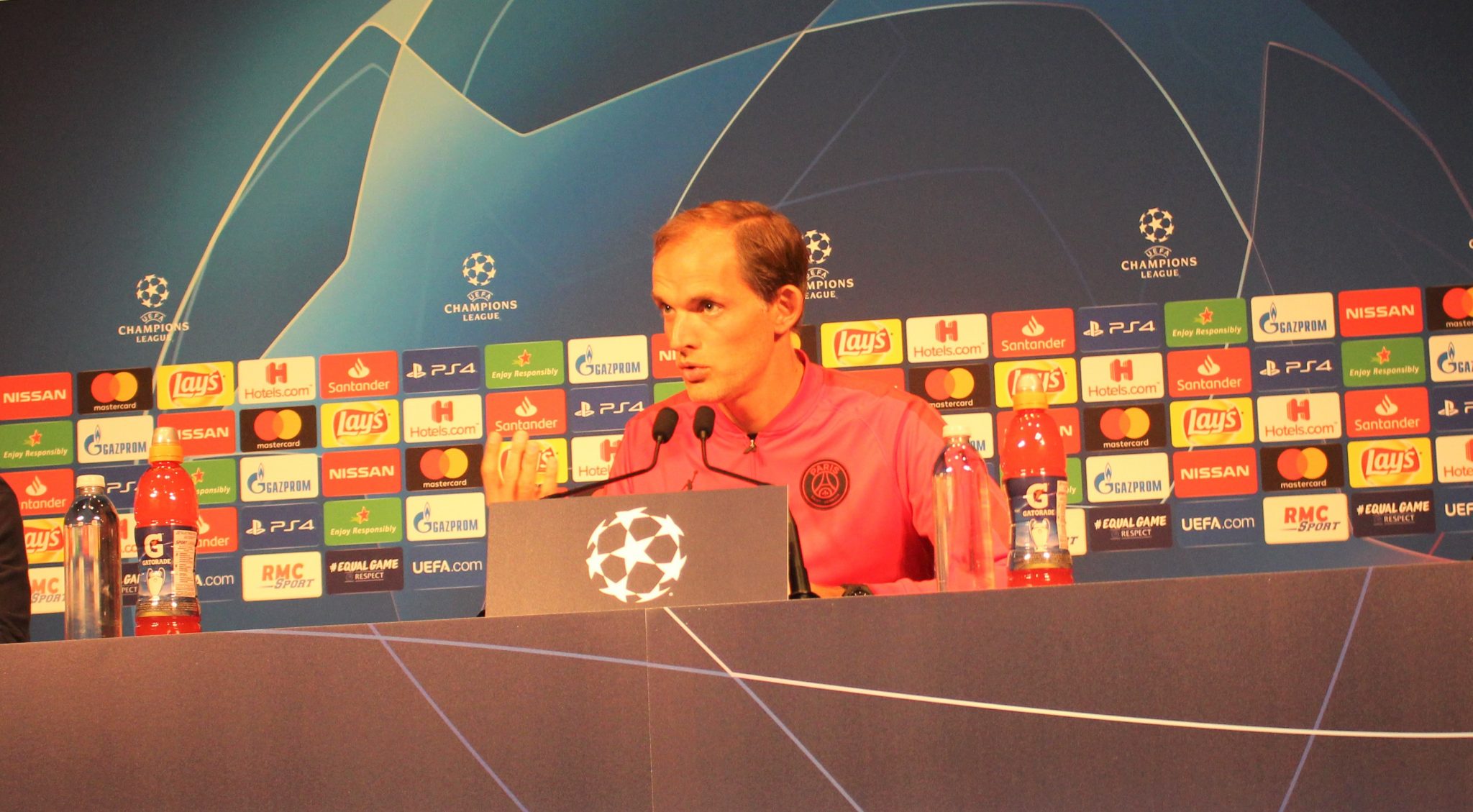 PSG manager, Thomas Tuchel was at the pre-match press conference at the Parc des Princes on the eve of his team,s champions league fixture against Red Star of Belgrade.

He started by talking about how his squad faired against Ligue 1 opponent, Nice. “It was our 3rd game in a week, it was very hot. It’s hard to defend four against the three Nice strikers. It was my decision to play three in defense, to shorten distances.

The players did it well, we only worked 10/15 minutes that. It was just for this match in Nice. We’ll have another plan tomorrow against Red Star Belgrade. We improve in the team every game. We get a lot of the ball in the opposite half of the field. I am satisfied with the state of mind. In Nice, we started concentrated, with intensity. It is clear that we will have to play that way tomorrow. The bar of our level is high now. The pressing up? This is the best way to quickly recover the ball.

Our players love possession. It’s more complicated to defend afterwards. We play against disciplined teams in defense. This will be the case tomorrow. Recovering quickly is also the way to take advantage of the disorganization of the moment in the opponent,s half. It takes a structure to attack and make pressing up. You have to work hard to close the lines. It’s a significant team effort, that’s what we want. The best formula to play with the Cavanni, Mbappe, Neymar and Di Maria.

We like to have the four players together. They are dangerous and can decide the match. It is essential that they work and win together. There are several possible systems. Now when Mbappé, Neymar or Cavani did not play, we also won by scoring.

The official reactions are not those of the locker room … We did not play at the top level. The challenge was great. It was perhaps the most difficult match in Europe at that time. We must continue tomorrow. Defeats bring elements of work. We learn from losses. The important thing is the reaction to defeat. We have to be realistic, we played a strong team, the finalist of last season. With the same coach for 4 years, and with new players season in season out to fortify the team.

It is a team already in shape. There may have been too many expectations. We must continue to progress. I feel that everyone has understood. Verratti to bring balance? I prefer him in 8 than 6. He does not have enough patience. He still wants the ball and tries to to find offensive solutions. With a double 6 and a 10, that’s fine, or with three players.

He may not be 100%, but he is almost back to full fitness, he was injured for a long time. The World Cup was difficult. He did not have a normal preparation. Everyone looks at it, in and out of the field. But he was decisive with us in every game. He will be back at the top of his game. He is confident, he is involved with the club, and in the project.

Paris- Neymar: “My world cup was not good but i can not keep looking back.”
VIDEO: I feel 100 % Cameroonian- Eric Chuopo- Moting.
Change Language »