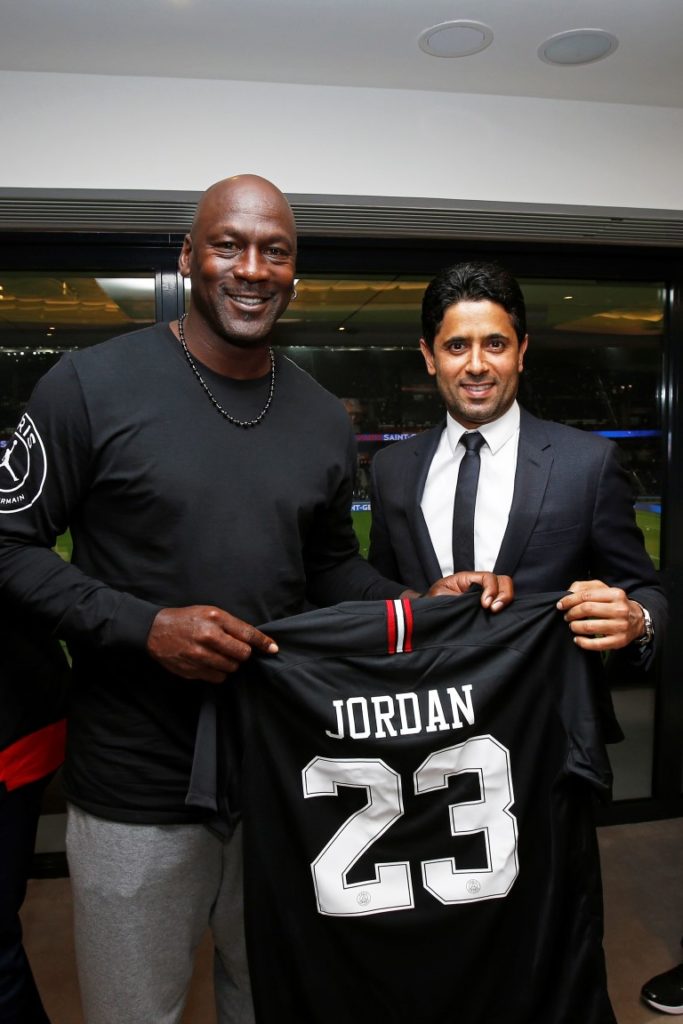 Following the 13 September launch of the Paris Saint-Germain x Jordan collection, the first ever between Jordan Brand and a football club, basketball legend Michael Jordan was a guest at the Parc des Princes on Wednesday.

Hailed as a “phenomenon” by Neymar Jr and “an inspiration” by Mbappe, Michael Jordan joined over 40,000 fans at the stadium in Paris for the eagerly-awaited clash between the French Champions Paris Saint-Germain and Stade de Reims for the 7th matchday of France’s Ligue 1.

Paris Saint-Germain President Nasser Al-Khelaifi hosted Michael Jordan in the stadium’s exclusive Le Carré lounge and the two discussed the brand new Paris Saint-Germain x Jordan collection, with sales breaking all club records in France and around the world since its launch. 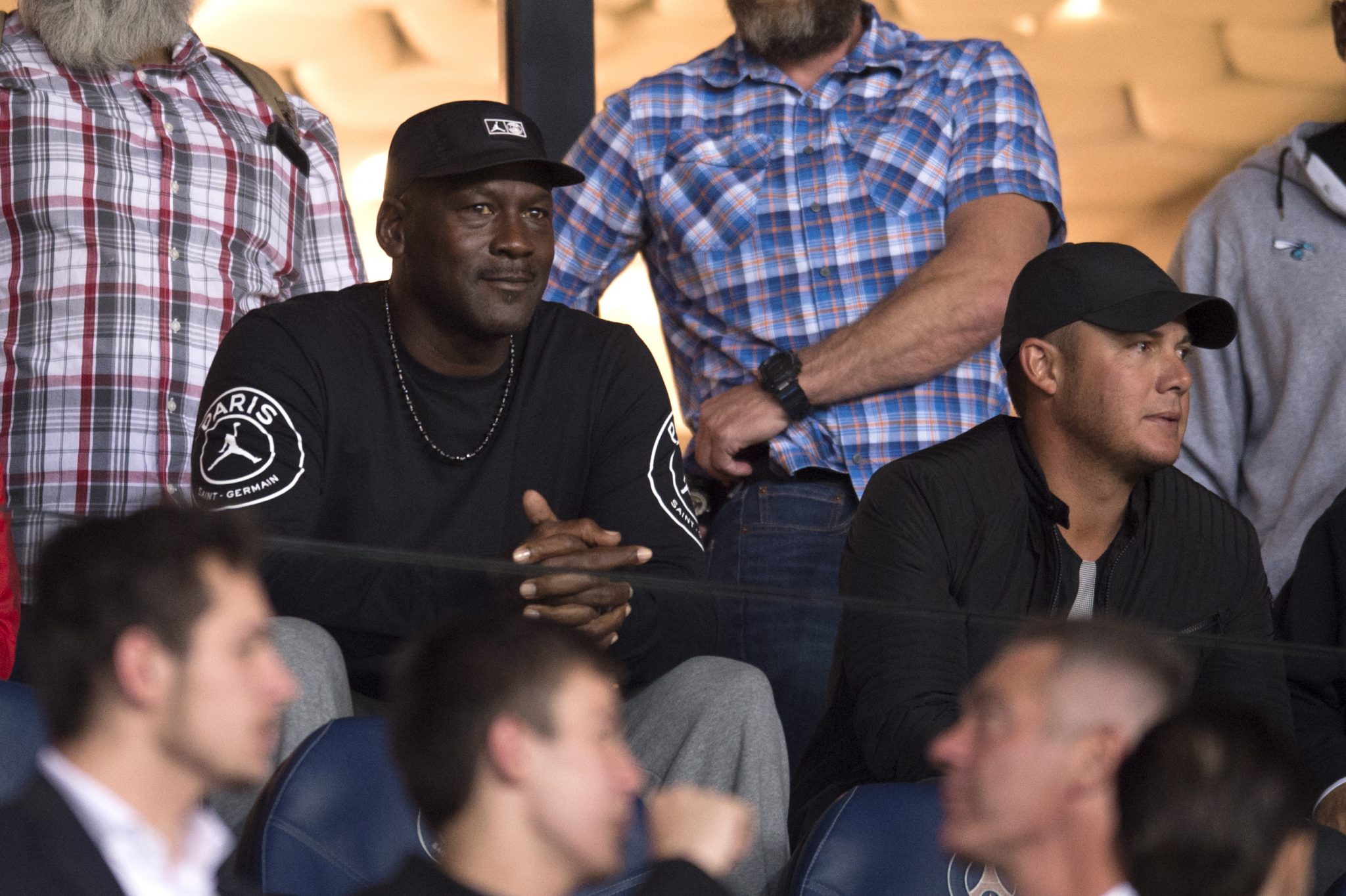 Described by Michael Jordan as “a natural fit” due to both brands’ “distinct position in sport and style”, the collaboration between the club and Jordan Brand comprises of 90 performance, training and lifestyle products, including the official Paris Saint-Germain home and away UEFA Champions League jerseys.

Video: See The Games Village For Tokyo 2020 Olympic And Paralympic Games.
Paris- Neymar: “My world cup was not good but i can not keep looking back.”
Change Language »