Nigeria Qualifies For 2019 U17 Africa Cup Of Nations. 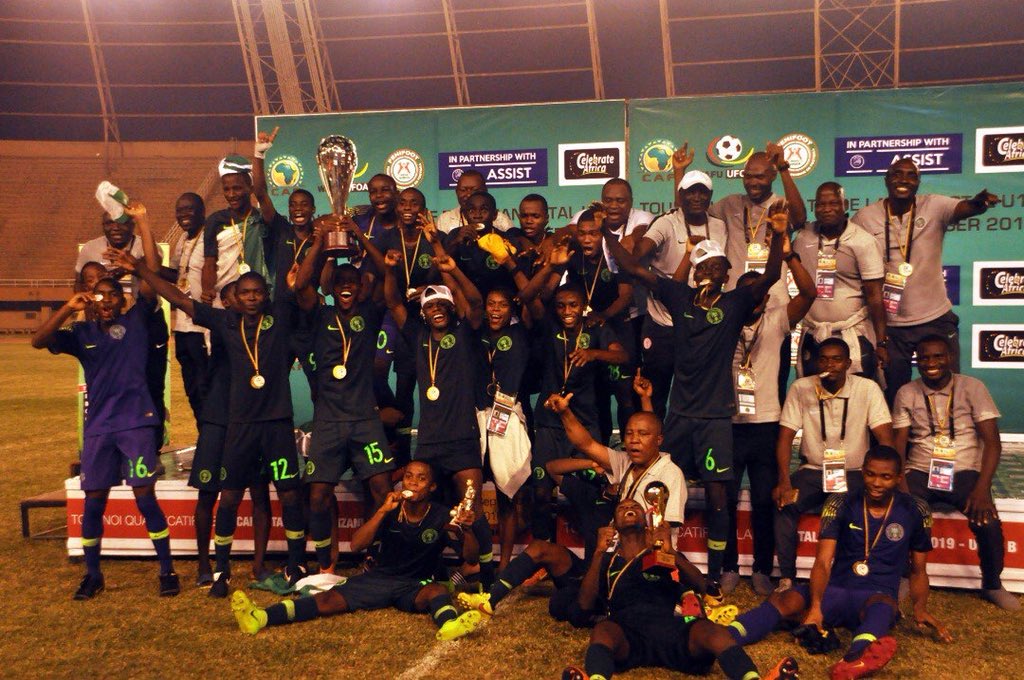 Nigeria’s Under 17 national team, the Golden Eaglets defeated Ghana’s Black Starlets 3-1 on penalties (following 1-1 in regulation time) in the final of the CAF U17 WAFU B Qualifying Tournament in Niamey on Saturday. With this win, the Nigerian eaglet have qualified for the African under 17 Nations cup taking place in Tanzania early 2019

The Starlets of drew the first blood in the 54th minute of the very pulsating encounter, but the Eaglets of Nigeria equalised minutes later when Akinkunmi Amoo finished sublimely, sending the Nigerians in the stands into wild jubilations

The game went into extra time, and both teams tried hard but could not find the inner and the had to go into penalties. Samson Tijani, Muhammad Ibrahim and David Ishaya scored for Nigeria, and even though goalscorer Amoo missed, the Eaglets were winners as the Ghanaians fluffed a kick and Nigeria’s goalkeeper John Amah saved another of their kicks. There was no need for the final kicks as the Eaglets were by then, unassailable.

Nigeria’s Samson Tijani emerged the Most Valuable Player of the Tournament, while the Olakunle Olusegun, also from Nigeria won the top scorer award with four goals.