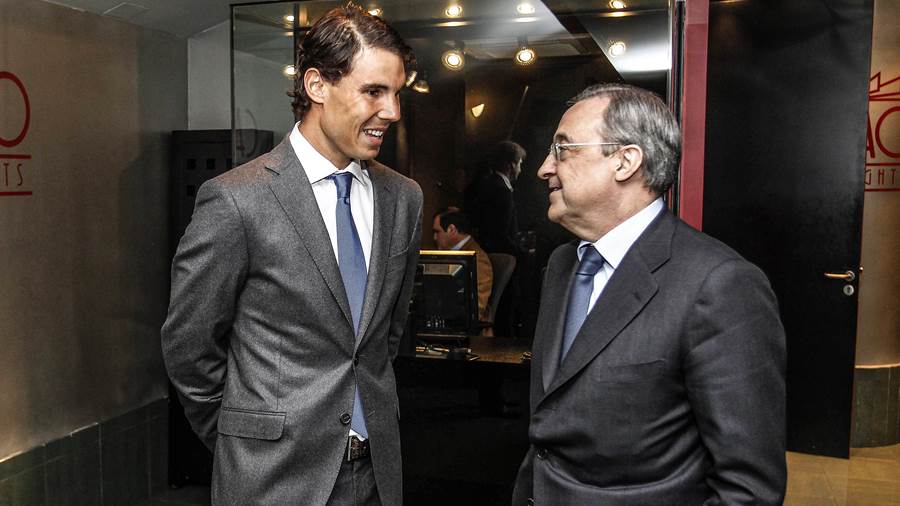 president, Florentino Perez is not the youngest at 71 years old. Hence he’s already busy with a possible successor.
He has a spectacular suggestion.

According to El Confidencial, Perez aims to install tennis star Rafael Nadal in the distant future as the new president of the club. He, Perez has disclosed to his circle of friends, according to the newspaper.

“Rafael Nadal is one of Real Madrid’s best ambassadors worldwide and would be a great president,” Perez says of the Spanish tennis star.
Nadal himself is a big fan of Real Madrid, and it is known to a lot of the club supporters. Despite his tight calendar, the tennis star still finds time to be at most games at the Santago Bernabeu.

So it is no surprise that Nadal has been an honorary member of Real Madrid since 2011. However, it requires some time to be president of Real Madrid, as a 20-year membership is the first condition for the election of the president.

Thus, Nadal could take office at the earliest in 2031 – a concept that the Mallorcan finds quite appealing. “I’d like to lead Real one day, but the club already has a huge president, Real Madrid does not need me right now, but you do not know what’s going to happen in the future.” He said.