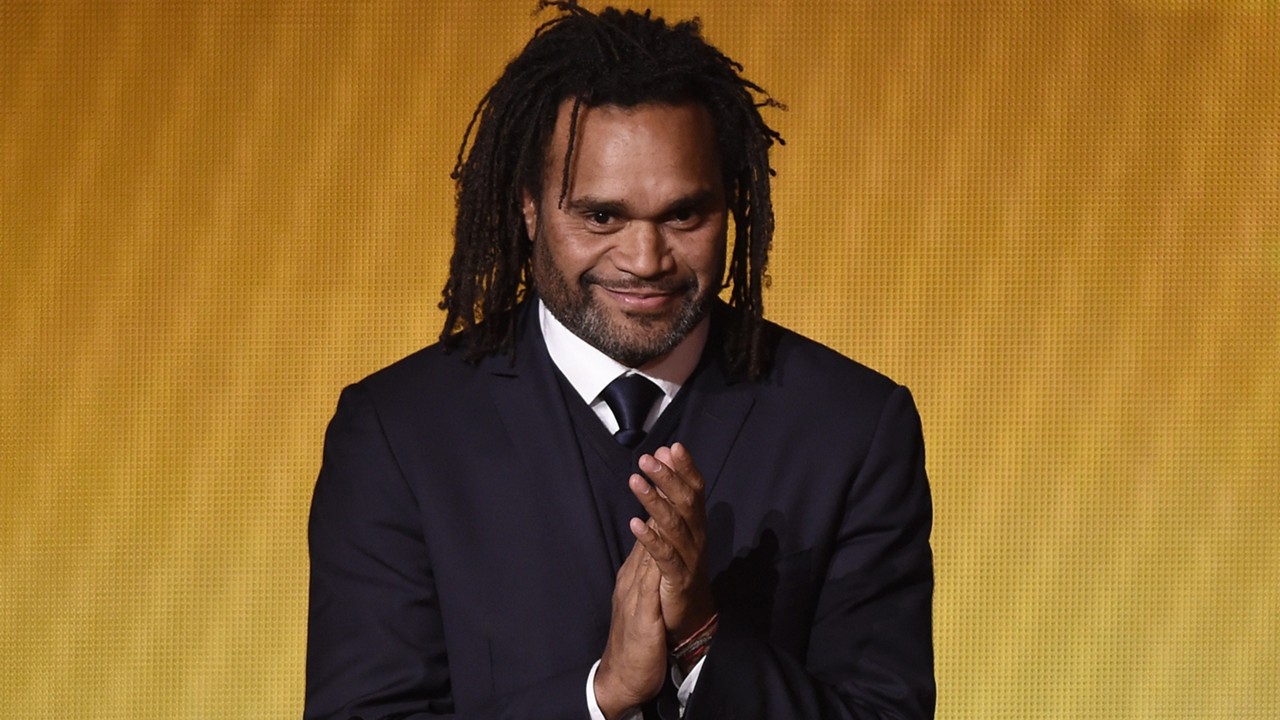 Former France international and World cup winner, Christian Karembeu has expressed his support for the Nigerian senior national team, the Super Eagles ahead of the FIFA World cup Russia 2018, which starts on the 14th of June this year in Russia. Karembeu, who visited Nigeria in March 2018, as the FIFA World toured 10 African countries, was impressed by the love he received while in Nigeria. He met the President of Nigeria, Muhammadu Buhari as well as the senior National team coach, Franco-German, Gernot Rohr. during the trip to the West African nation. While speaking with omasports exclusively in Lyon France, Karembeu, who won the France 1998 FIFA world cup with the French national team (LE BLUES) and Euro 200 said :

“I love Nigerian people. I love Nigeria. Of course, I met President Buhari. Bringing the FIFA World Cup trophy to Nigeria was great. Because also Nigeria has given many children to play in Europe and the world and so far, of course, we need to be connected with football and the world cup. Indeed again, I met Mr Gernot Rohr, and i hope that Nigeria can go far in Russia.”

The Super Eagles of Nigeria qualified for the FIFA world cup with a game to spare and did not record a single defeat throughout the qualifying campaign. The team will face the 3 Lions of England in a high profile international friendly match at the famous Wembley stadium on June the 2nd as part of preparations for the global football showpiece. The three-time African champions will face Argentina, Iceland and Croatia in group D of this year’s competition.

VIDEO: How Leon Balogun’s dad made him love football as a teenager
Amaju- Mikel Obi is Super Eagles captain because he is a child of God