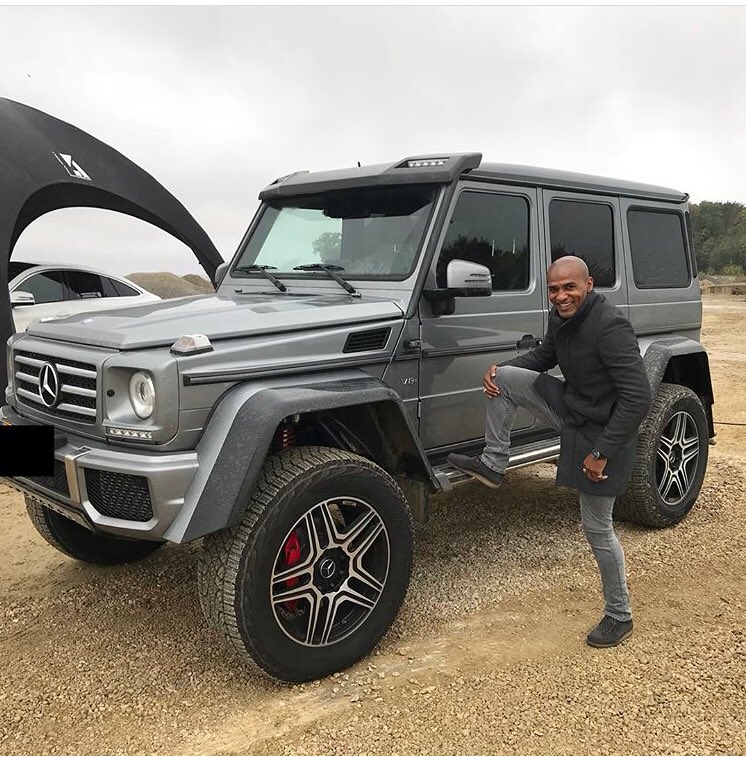 Florent Malouda may not be from Africa (At least, according to his passport), But Africa has a special place in his heart. The former Chelsea winger seems to be aware of the statement of Peter Tosh, the Music legend which goes thus:”No matter where you come, as long as you are black, you are an African” The Ex Lyon and Chelsea winger, who won four consecutive Ligue 1 titles with the former and the UEFA Champions league in 2012 with the latter, spoke with me in Lyon France. A day before the final of the 2017/2018 UEFA Europa cup between Ateltico Madrid and Olympic Maseille. He currently plays for Luxembourgish club FC Differdange 03. We talked about his plans after retirement, his most significant achievement from his time at Chelsea, Nigerian Music and his love for Africa. Enjoy!

Have you thought about what you will do after football?

Malouda: Yea just finished speaking about it with my fellow ex Lyon teammates. Some ofthem are now coaching here at the Lyon Academy. So I was like asking to get their experience, and how it’s going with them so I will like to start working on getting my coaching badges and maybe join the staff with them like we were on the pitch here so, but this time as a coach.

What do you remember most from your time at Chelsea

Malouda: The final in Munich is the greatest achievement for me, that was the reason I left Lyon to Chelsea. It was to win the Champions League. So this is a great achievment because we tried so hard for years and to win it the way we won it, was hard but after that, we enjoyed every minute in the stadium, this great stadium and against this great opponent. So yea, I think it is the greatest achievement of my Chelsea career.

You were teammates with Nigeria’s Mikel Obi. Malouda Cuts in.. “Bobo” laughs.. Tell us what we don’t know about Mikel

Malouda: No no no, I am not snitching, Mikel is my friend. Sometimes we had arguments, but I love Africa, I love Nigeria. Mikel, even though Essien is Ghanian, it’s the same culture. We had a great time in the dressing room, listening to music and trying to speak Nigerian Partua you know. You get to know each other’s culture. And I hope that I will get the opportunity to come to Africa, maybe to play some charity games. It’s like our friendship is forever. Whenever Mikel wants to invite me, I know he got a lot of money. He can invite me now to his big mansion. I will be happy to join him.

Do you listen to Nigerian Music?

Malouda: Yes of course. I like Wizkid. I like Wizkid. There are a lot of small producers, not well know but make quality music. So, yea I listen to a lot of Nigerian music, I like the style. Sometimes it sounds like Caribbean music as well so You know, we are from Africa and there is a connection.

Do you know Davido?

Davido. Yes I know Davido as well. My good friend Wyclef Jean is working with him. We are connected, and I love quality music.

Thank you very much for your time.

Malouda: You are welcome.