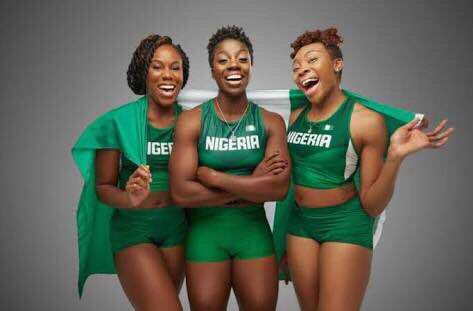 Share This in WhatsApp
Africa’s largest online travel agency, https://www.travelstart.com.ng and aviation giant,
KLM Royal Dutch Airline, will serve as “Official Travel Partners” of
Nigeria’s Winter Olympic contingent to the 2018 Winter Olympics, in
PyeongChang, South Korea after partnering the Bobsled and Skeleton
Federation of Nigeria (BSFN).
KLM Royal Dutch Airline, oldest airline in the world still operating
will also sponsor the Nigerian contingent to the winter Olympics.
History was made back in November 2017, when the trio of Seun Adigun
(Driver), Ngozi Onwumere and Akuoma Omeoga (brakemen) qualified
Nigeria, thus becoming the first African team (men or women) to
qualify in the Bobsled category.
Also making a first appearance at the Winter Olympics is Simidele
Adeagbo, who became the first African woman to qualify for the
Skeleton category.
President of BSFN, Solomon Ogba, applauded Travelstart and KLM Royal
Dutch Airlines for identifying with the Federation.
“We salute Travelstart and KLM Royal Dutch Airlines for identifying
with Nigeria’s Bobsled Team. It is a novel initiative to partner these
history making Nigerians.
“The Federation is proud of this development and it can only get
better. Be assured that our team is ready to achieve more in
PyeongChang. We salute Nigerians for the support so far,” Ogba said in
a press release from the Federation made available to the media.
BSFN broadcast partner, KWESE, will showcase the Nigerian team on
Kwese Free Sports.
The Winter Olympics begins on February 9.
Post Views: 1,404
Share This in WhatsApp
Related Topics