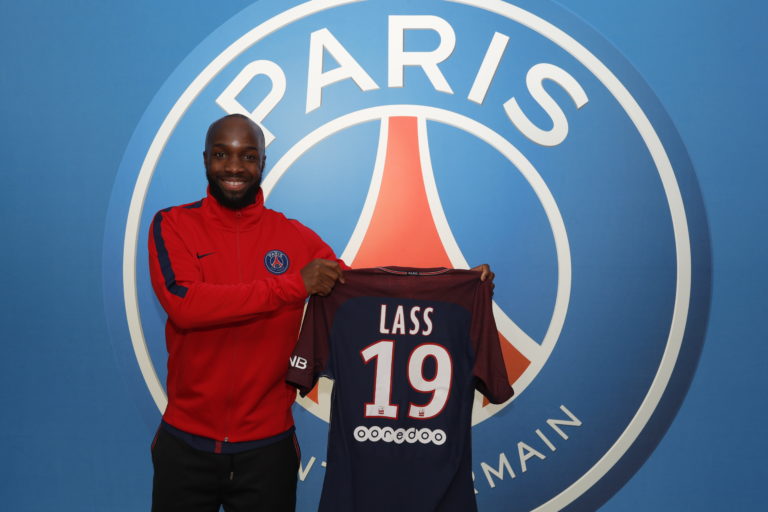 Paris Saint-Germain has announced it has signed midfielder Lassana Diarra to the capital club until 30 June, 2019.

Born and bred in Paris, the 32-year-old product of the Le Havre Athletic Club youth academy, joins the Paris based club after a rich and successful career at many of Europe’s biggest clubs, including Chelsea (2005-2007) and Real Madrid (2009-2012). A league champion in England (2006) and Spain (2012), Lassana Diarra has earned 34 France caps, and took part in Euro 2008, and pulled out of the 2016 Euro squad just before the tournament.

“I am very happy to have signed for my home-town club,” declared Lassana Diarra after signing his contract on Tuesday. “Paris Saint-Germain represents a lot to me and, with the international dimension the club has taken in recent seasons, it is every player’s dream to play here. I am lucky enough to make this dream come true, to know what it feels like to play at the Parc des Princes wearing the Rouge et Bleu. I intend to do everything I can, bring all my experience and show all my desire to play, to prove that the club has made the right choice in showing its confidence in me.”

“We are delighted to welcome Lassana Diarra, a quality footballer, to Paris Saint-Germain,” said Paris Saint-Germain Chairman and CEO Nasser Al-Khelaifi. His vast experience, both of foreign leagues and the international football with the France national team, gives our coaching staff another option as we enter a very exciting second half of the season. I know that Lassana is very ambitious, like everyone here. Our fans at the Parc des Princes really love players that hail from the Paris region. I know they will give him a warm welcome and the strength to help our team reach its objectives.”