Ancelotti- We have to stay compact against PSG 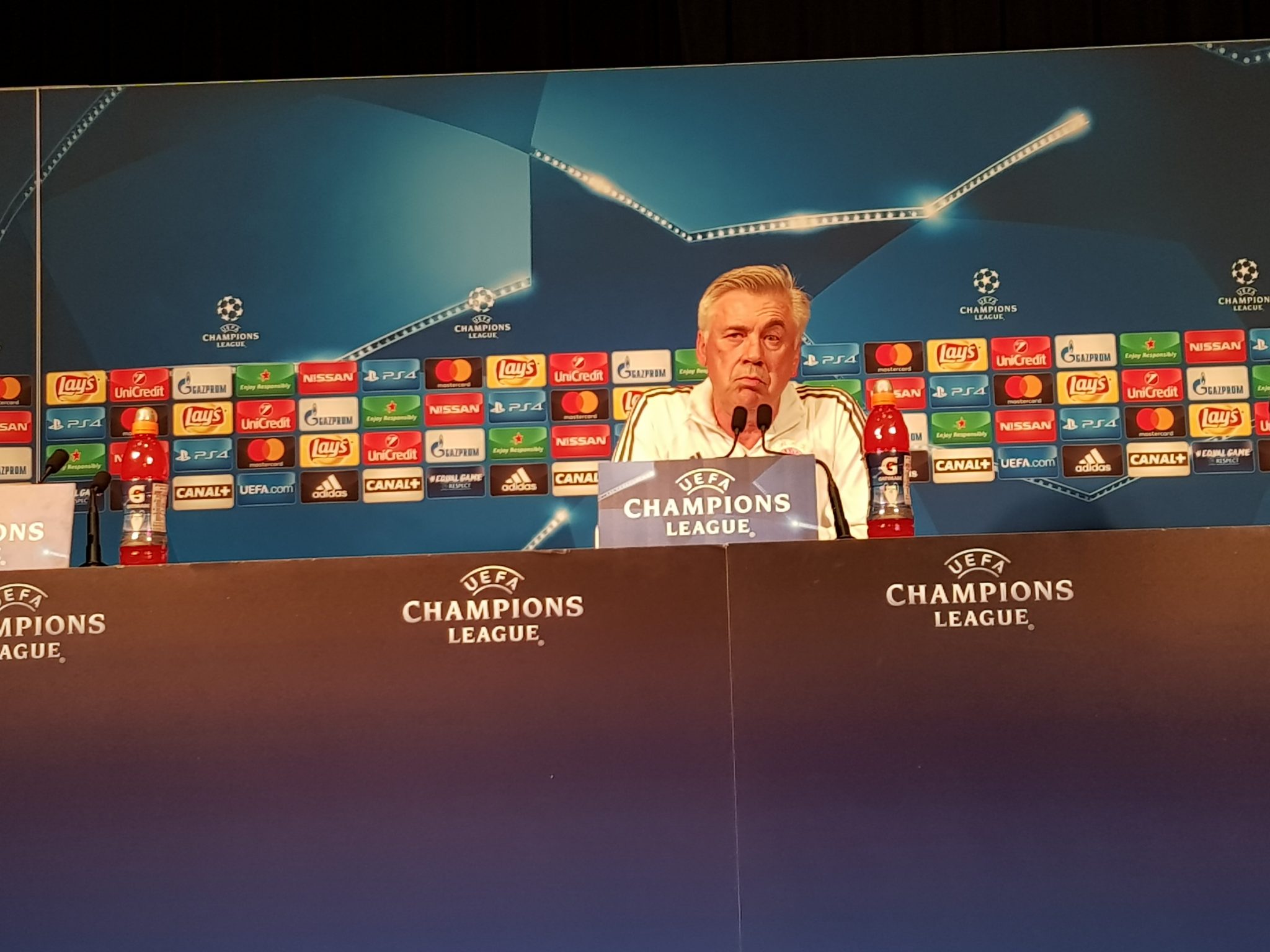 Bayern Munich are the guests of Paris based PSG in the UEFA Champions League matchday 2. Both teams are regarded as two of the favorites to win the Champions League but they have to come up against each other but for now in the group stage as they both try to live up to the tags of favorites.

Speaking at the pre-match conference ahead of the game, Bayern manager, Carlo Ancelotti said; “We have to be able to press PSG at the same time don’t allow players like Neymar, Cavani, and Mbappe too much space”.

Whether Arjen Robben and Riberry would play tomorrow, Ancelotti said; “they are fit and all ready for the game but the decision as to who will play will be taken tomorrow but it will be a very difficult decision to take”.

PSG and Bayern Munich are favorites to qualify from the group having won their first games 5-0 and 3-0 respectively.

Verratti- We are focused on Bayern Munich.
VIDEO-CARLO ANCELOTTI THANKS NIGERIANS FOR THEIR LOVE AND SUPPORT
Change Language »
WP Twitter Auto Publish Powered By : XYZScripts.com