Verratti- We are focused on Bayern Munich. 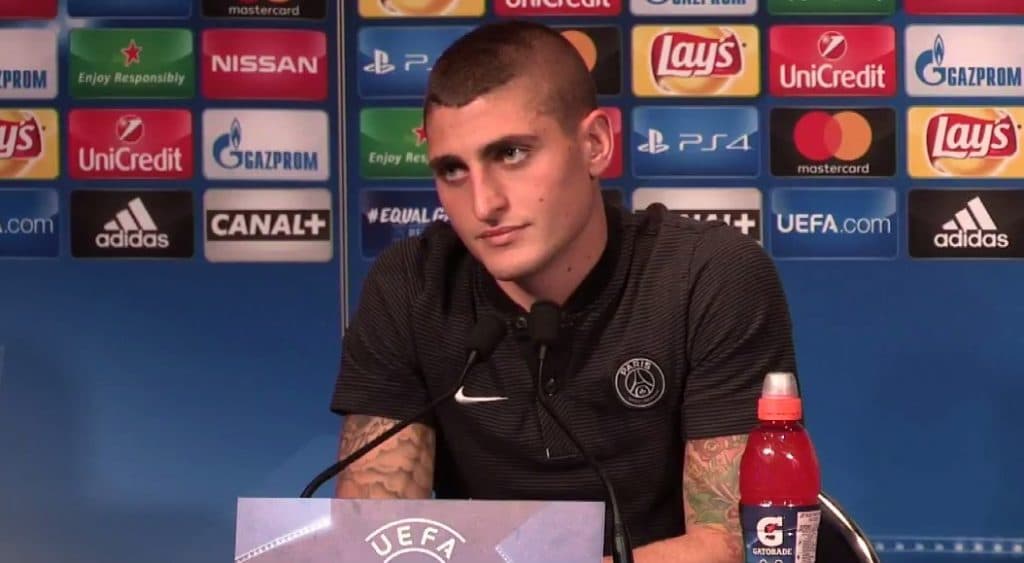 This Tuesday afternoon, Marco Verratti was at the press conference with more than 24 hours before PSG takes on Bayern Munich in what promises to be the biggest game of the day in the UEFA Champions League. The Italian started by speaking about the objectives of his club and the season so far.

“All the seasons are important, we must always do our best to avoid regret especially during a World Cup season, but we still have time, we have to think about tomorrow’s match, it is important we focus on the game at hand and after the game, we can begin to think of other games. ”

PSG showed great intentions as regards what they want to achieve this season by splashing the cash. First buying Neymar JR from FC Barcelona for a record transfer fee and then Kylian Mbappe from AS Monaco on loan.

Veratti says ” The club can do something big and proved it this year by buying Neymar and Mbappé, players who will grow and who will help for the Champions League. Now we must play and be quiet, we are part of a very high project but we are used to that. ”
Bayern Munich will be without their safe hand Manuel Nuer who has been ruled out until 2018 but Veratti thinks that his absence will not make any difference.

“A great team like Bayern also has another great goalkeeper, the absence of Neuer does not change much even if he is a very important player for Bayern. ” he enthused.

The Italian midfielder was linked with FC Barcelona during the summer such that it created some bad blood between him, his agent and the club PSG but a video where Veratti denied any links with FC Barcelona and pledged his future to PSG ended that drama.
“When I spoke with the club, I did not know they were going to buy big players, we agreed, we made the decision together and I’m very happy.

He was asked if he would renew his contract with PSG, he says-“We’ll see, I’m not the one who takes care of it, I’m very focused on the championship. ”

The midfielder had some nice words for his fellow countryman Carlo Ancelotti, his opponent for tomorrow.

“He’s a very important person to me in football, it was not easy to build great players, he helped me a lot, gave me confidence when it was difficult. I have great respect for him. He is for me one of the best managers in the world.

Veratti thinks that PSG does not really have to send any signal to the other teams but themselves. He says-“We have to send a signal to ourselves, it’s an important game, it can give a lot of confidence if we win. This is one of the first times that I think we are at the level of Bayern, we will do the maximum by wanting to achieve a great game. ”

PSG won their first Champions League game of the season away in Scotland against Celtic scoring 5 goals while Bayern Munich, on the other hand, defeated Belgian giants Anderlecht by 3-0