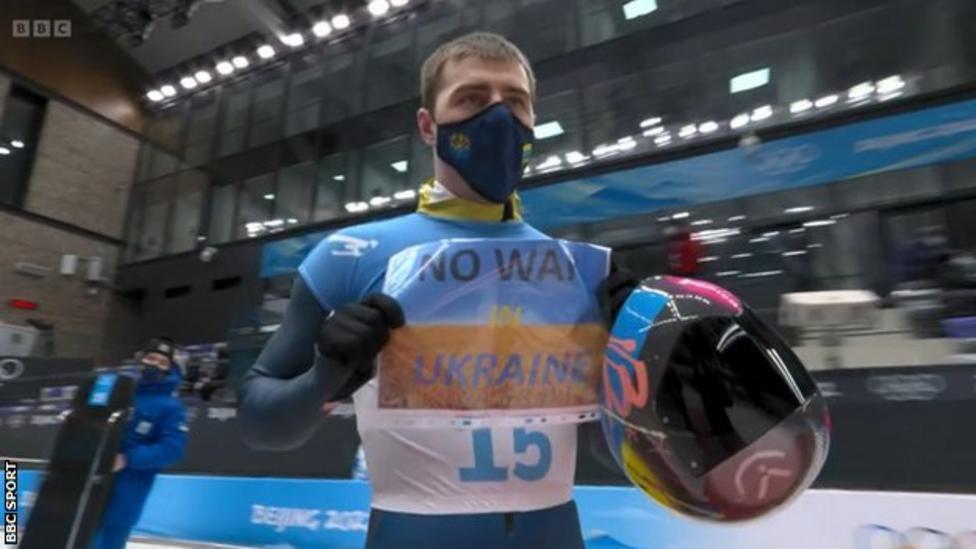 Ukrainian athlete displayed an anti-war sign during the men’s skeleton event at the Beijing Winter Games amid increasing tensions on Ukraine’s border with Russia.

Vladyslav Heraskevych briefly held up a sign that read ‘No war in Ukraine’ after his third run on Friday.

Russia has repeatedly denied it plans to invade Ukraine despite massing more than 100,000 troops near the border.

“It’s my position, like any normal person I don’t want war,” he said, S quoted by BBC Sport.

“At home in Ukraine it’s really nervous now, a lot of news about guns, about weapons, about some armies around Ukraine so it’s not OK. Not in the 21st century.”

Although Russia denies it is planning to invade Ukraine it has begun massive military drills with neighbouring Belarus, and Ukraine has accused Russia of blocking its access to the sea.