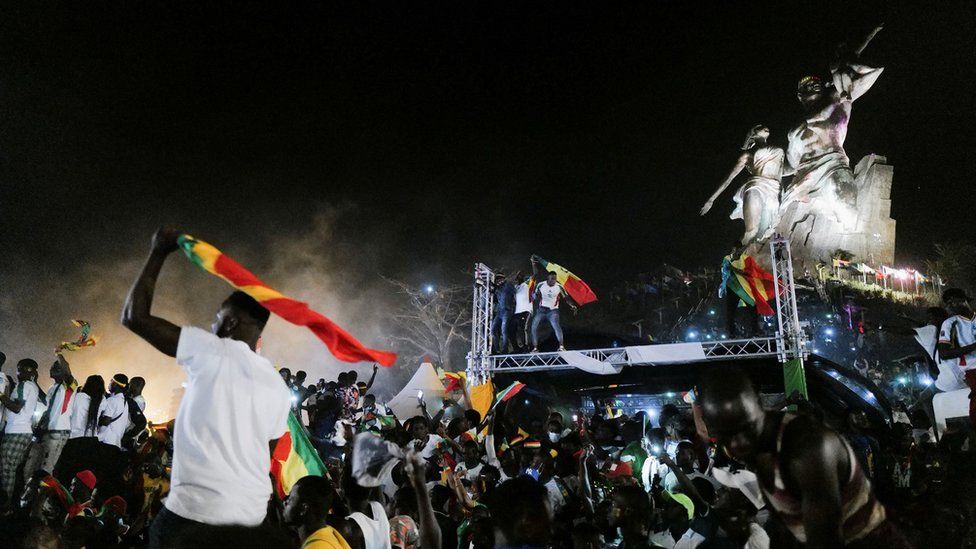 Senegal declared Monday a national holiday to celebrate winning its first ever Africa Cup of Nations.

Celebrations erupted in the capital, Dakar, after Liverpool’s Sadio Mane sealed victory over Egypt on penalties.

“When the win came, it was just indescribable. People just jumping on their feet, crying, hugging each other,” a BBC reporter in Dakar said.

A triumphal reception is expected when the victorious team returns home from Cameroon later on Monday.

Tens of thousands of jubilant fans took to the streets of Dakar late into the night on Sunday, waving flags in the national colours of red, gold and green, dancing and firing fireworks into the air.

The BBC’s Emeline Nsingi Nkosi in Dakar says people were sitting on top of their cars, waving flags and football shirts. “It’s a street party. I don’t think Senegal has ever seen anything like it.”

“We waited a long time. [The cup] is finally here. We really needed it,” ecstatic fan Modou Ba, 25, told the AFP news agency.

There were also scenes of jubilation in the French capital, Paris, home to a large Senegalese community. Thousands of celebrating supporters gathered at the Arc du Triomphe.

Senegalese President Macky Sall cut short a foreign tour to hold an official reception for the African champions on Tuesday.