Nigeria and Ghana to clash in World Cup play-offs 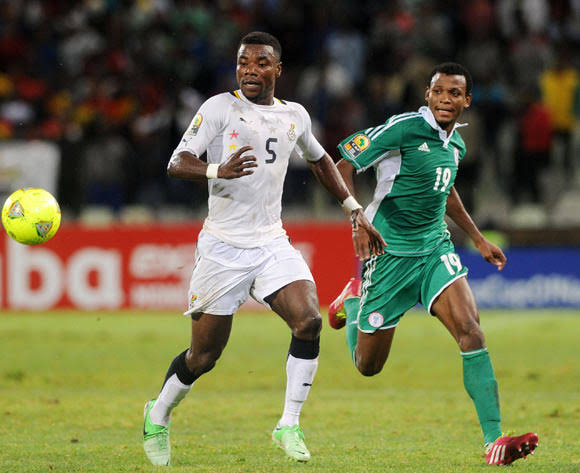 Nigeria and Ghana will square off for a place at the 2022 World Cup in Qatar, following the deciding draw for Africa’s five places at the World Cup.

The West African rivals were paired up on the day Ghana’s coach Milovan Rajevac was dismissed following the Black Stars’ poor showing at Afcon 2021, where they finished bottom of their group after suffering a 3-2 defeat to debutants Comoros.

Nigeria, meanwhile, are into the round of 16 of the Africa Cup of Nations and are in fine fettle.

In another mouthwatering match-up, Senegal and Egypt are paired, meaning one of Sadio Mane or Mohamed Salah – both Liverpool stars – won’t be at the World Cup.

Afcon hosts, Cameroon are drawn against current African champions Algeria, who are already out of this year’s Nations Cup.

DR Congo, who last qualified for the World Cup in 1974 when the country was known as Zaire, have a tough challenge if they are to make it to a second tournament, as they face Morocco.

Meanwhile, Tunisia will get through if they overcome the only team in the draw to have never been at a World Cup in any form, Mali.