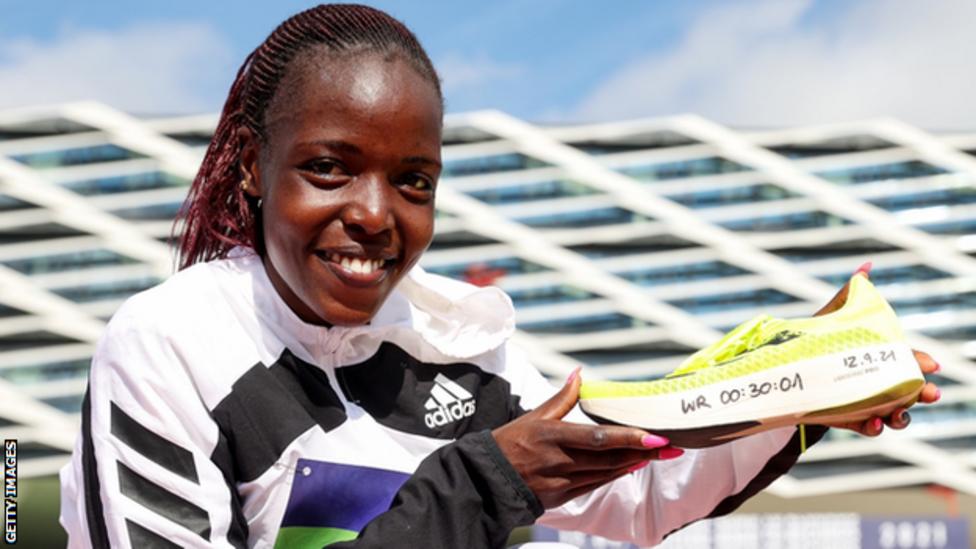 Kenyan world record holder Agnes Tirop has been found dead at her home in the western town of Iten, a training hub for many athletes.

Kenyan police told BBC Sport Africa they are still investigating the circumstances surrounding her death, with crime scene investigators at her house on Wednesday.

Last month, Tirop set the world record for a women’s only 10km road race in Germany.

“Athletics Kenya are this afternoon distraught to learn about the untimely death of World 10,000m bronze medallist Agnes Tirop,” the country’s athletics body said in a statement.

“We are still working to unearth more details surrounding her demise. Kenya has lost a jewel who was one of the fastest-rising athletics giants on the international stage, thanks to her eye-catching performances on the track.”

At the 2020 Olympic Games in August, Tirop finished just outside the medal places for the women’s 5,000m, trailing Ethiopia’s bronze medallist Gudaf Tsegay by 0.75 seconds.