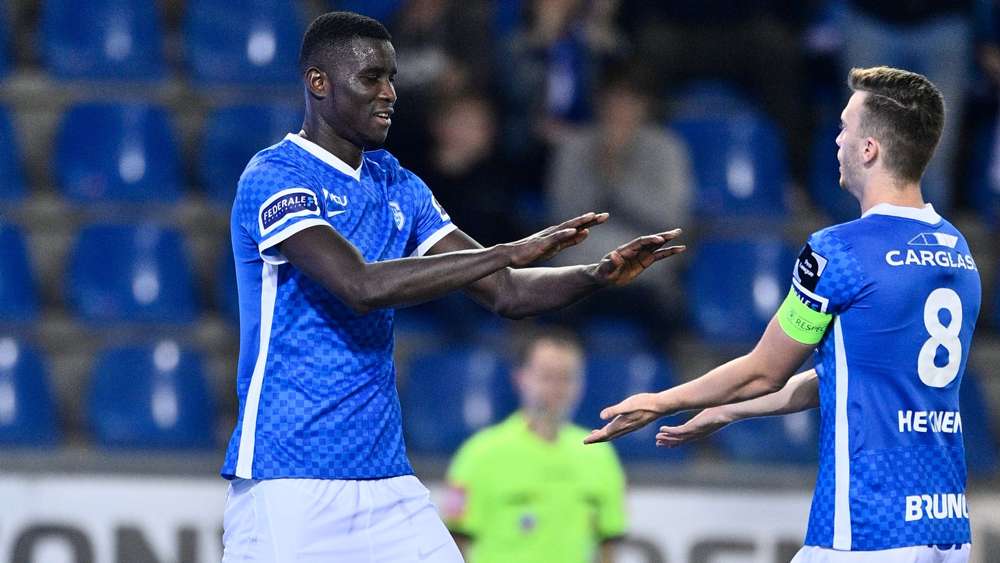 Nigeria international Paul Onuachu scored a hattrick for Genk in their 3–0 win over Seraing in the Belgian top division on Sunday night.

The 27-year-old striker, who has been in superb form for the Smurfs, had failed to convert a penalty in the 34th minute, but made up for that miss with a quick-fire brace just before half time.

He would complete his hattrick from the penalty spot in the second half to wrap up a convincing win for John van den Brow’s side, who are now up to third in the league – just a point below leaders Club Brugge.

Onuachu, who has now scored eight times in his last five competitive matches, was substituted for Nigeria prospect Ike Ugbo with three minutes left to play.

Onuachu and Genk will look to maintain the momentum when they face Dinamo Zagreb in the Europa League on Thursday.