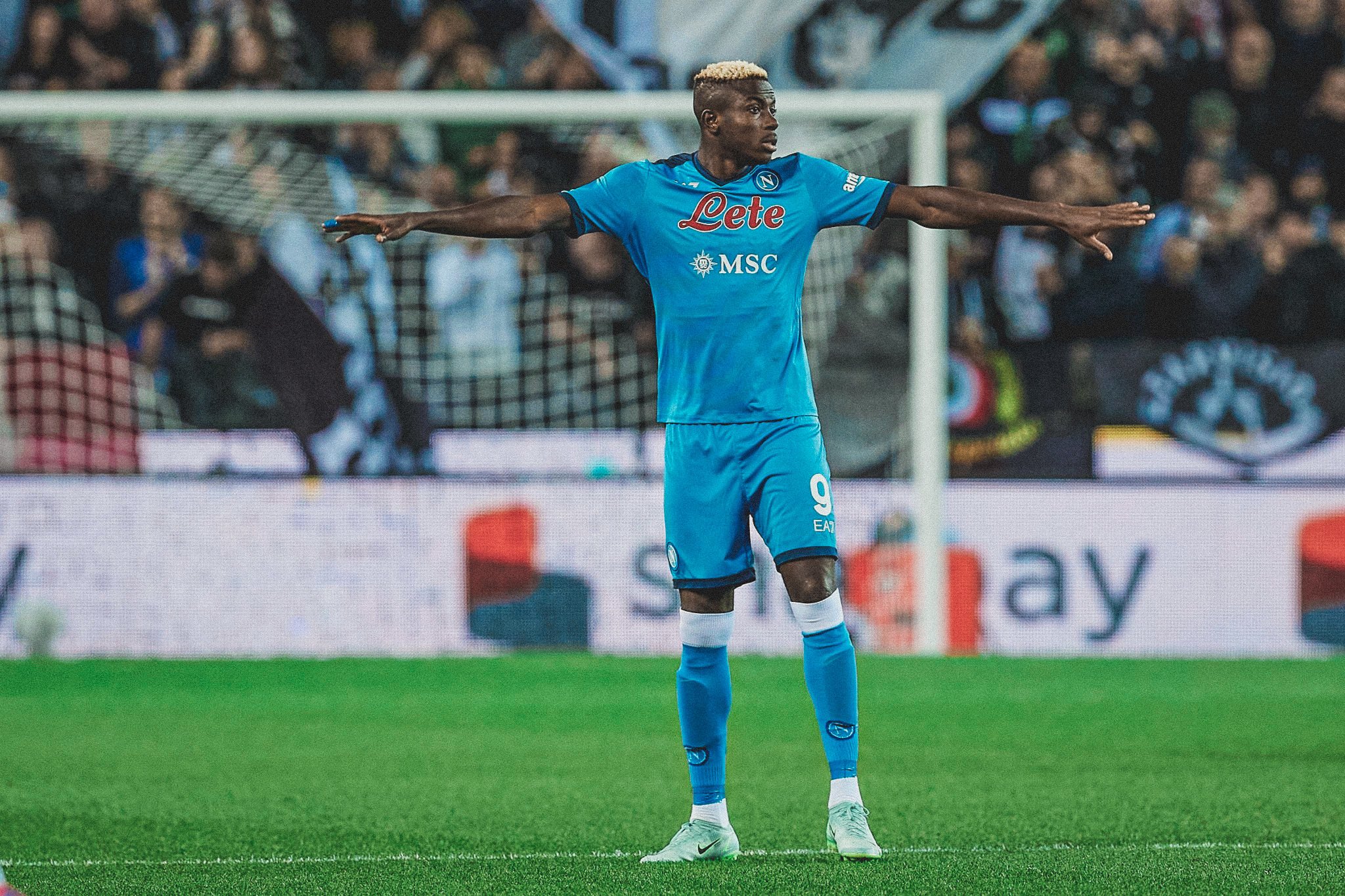 Nigerian forward Victor Osimhen kept up his impressive goalscoring form for Napoli with a fine strike in their 2–0 win over Cagliari in the Serie A on Sunday night.

The 22-year-old scored inside the opening 11 minutes to give Napoli the lead before Lorenzo Insigne doubled their advantage in the second half.

Osimhen, who was substituted in the 77th minute, has now scored six goals in his last four competitive games for Napoli, who sit atop the Serie A table with a 100% winning record so far this season.

Osimhen had scored a brace for the Blues in their 4–0 victory over Sampdoria three days ago.