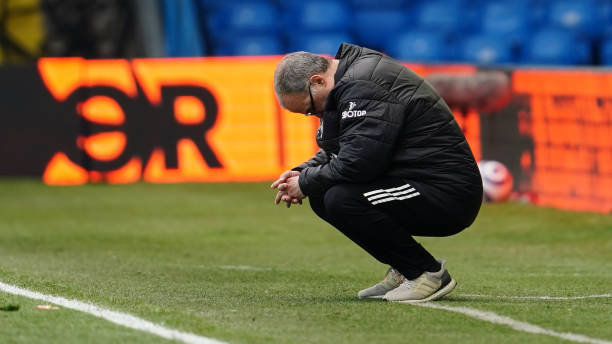 Leeds boss Marcelo Bielsa has apologised for not conducting his media interviews in English – and admits it’s a ‘big deficit’ for him.

Bielsa has proved the language barrier has been no obstacle in leading the club back to the Premier League – where they currently lie in ninth place with five games remaining of the 2020/21 campaign.

The 65-year-old Argentinian who uses an interpreter said: “I owe an apology to those who have to listen to me, that I haven’t learned English.

“One of my big deficits through my passage in English football is not to be able to communicate in the language that everybody speaks.”

“In one way it debilitates me, the fact that I haven’t been able to learn how to speak English,” he said. “One of the bigger tools that a coach has is to transmit his message through his words. One of the things I’ve dedicated most time to while I’ve been a coach is to be able to speak well.

“If there’s something I like to do, and it’s taken me a long time, is to the significance and the definition of words and to say in the most simple way, without losing the richness of what I want to say.

“Because it’s so difficult for me to talk in Spanish, to express my ideas simply and briefly, the decision I took not to do this in another language that wasn’t mine.

“That’s to say, if I can’t say it in Spanish, how can I be able to say it in English? The first one who doesn’t believe this explanation is myself, but it’s my reality.”

Bielsa’s side have comfortably avoided any relegation fears in their first season back in the top flight in 16 years, but the head coach insisted their intensity levels would not drop.

“Pressure is indispensable,” he added. “We play better with pressure. With five games left to play, the opinion over the performance level of Leeds, this evaluation can be maintained or improved depending on results.

“What happens in the last five can generate decisive conclusions.” 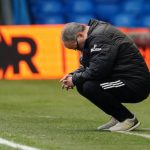