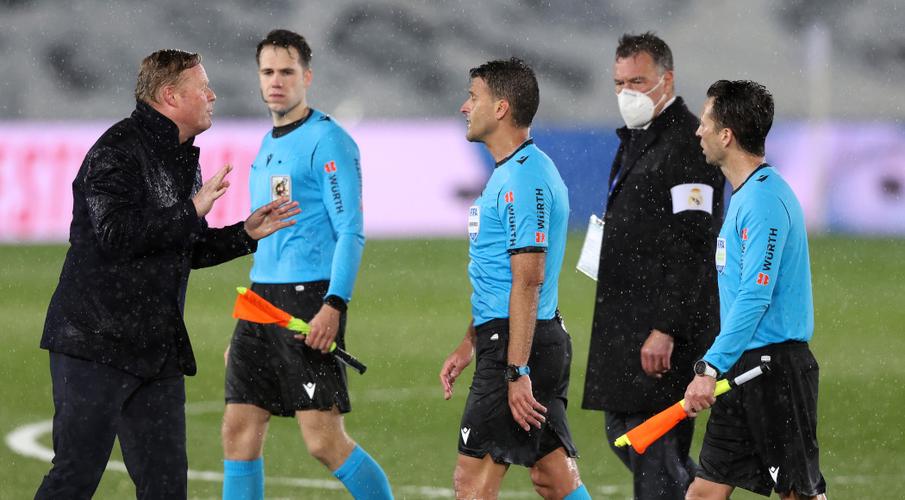 Barcelona coach Ronald Koeman raged against the referee for not awarding them a penalty in their 2-1 defeat to Real Madrid in Saturday’s ‘Clasico’, which knocked them off course in LaLiga’s three-way title race.

The Catalans had two late penalty claims as they chased the game, with Martin Braithwaite going to ground both times after challenges from Ferland Mendy.

“If you’re a Barcelona fan and you saw this game you’d be very annoyed with two of the referee’s decisions. It was a clear, clear penalty and then he only gave four minutes of stoppage time,” the Dutch coach told Spanish network Movistar.

Koeman, who was also angry when his side were beaten 3-1 by Real last October with the help of a contentious penalty, ended his post-match interview early after asking the Movistar reporter his thoughts on the second challenge.

“Once again we just have to accept it and shut up,” he added.

Karim Benzema and Toni Kroos had put Real two goals up before halftime, with Oscar Mingueza netting for Barca on the hour mark. Lionel Messi hit the post from a corner in the first half while a shot from Barca substitute Ilaix Moriba came off the bar in the last minute of added time.

In addition to venting his displeasure at referee Jesus Gil Manzano, Koeman admitted his side had made a poor start to the game.

“In the first half we didn’t play well in attack or defence. We were better in the second and all I ask is that the referee makes the right decisions,” he added.

Real coach Zinedine Zidane said it was unfair to say his side had only won because of the penalty call.

“We should be very happy with our performance and you cannot say it was all down to the referee, we deserved the win,” he said.

“If the referee says it wasn’t a penalty it’s because it wasn’t one. The important thing from our point of view is what we did on the pitch. We made an excellent start then suffered a bit because Barca are a great side but we had a lot of chances to score the third goal. In the end the win was well deserved.” 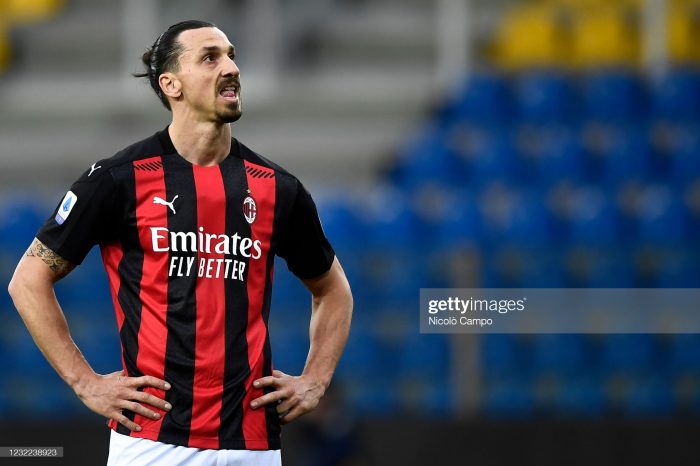 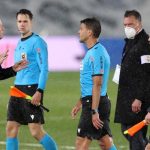