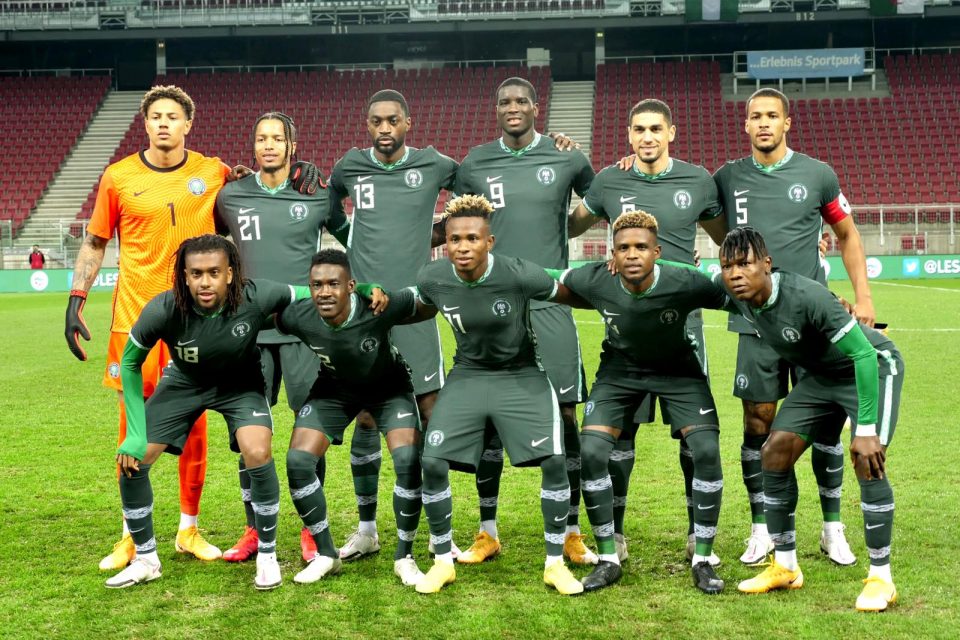 The Nigerian team played against the African champions with three players making their full debuts in the game.

The trio of Zaidu Sanusi, Samson Tijani and Frank Onyeka all featured in the game with Sanusi particularly catching the eye with his bold moves and energetic approach.

FC Midjtyland’s Onyeka struggled to keep up with the pace of the game, often caught gaping as he was subbed off after the first half.

Teenage star, Tijani impressed his coaches, Gernot Rohr and Joseph Yobo in the game as he warmed himself into the game without hitches.

Rohr, right outside the dressing room of the Super Eagles revealed to Omasports, present live to cover the match, how much Tijani impressed him despite his very young age and career.

The 18-year old midfielder gave a good account of himself in the game, picking his passes correctly and showed how tidy his game is; qualities that will be greatly needed in the Super Eagles.

Maduka Okoye showed flashes of what is to come as Rohr kept faith with him for the game. After conceding very early through some defensive lapses, the Sparta Rotterdam goalkeeper showed great reflexes and command of his area in the game, saving the Super Eagles on some occasions in the game.

The Nigerian team played a 4-3-3 with a double pivot of Frank Onyeka and Semi Ajayi in the midfield, while Alex Iwobi played ahead of them in the attacking midfield position.

After falling to an early Algeria lead, the Nigerians huffed and puffed in the game with Samuel Chukwueze, and Samuel Kalu struggling to have a control of the game. The pair, both playing from the wings struggled to link up with attacker, Paul Onuachu who was often isolated upfront.

Mikel Agu came on in the second half but struggled to get into the groove as the Algerians took the game to the Super Eagles with Riyad Mahrez, Ismael Bennacer and Said Benrahma impressing for the Desert Foxes.

Maduka Okoye covered himself in glory with a very decent display, one that made sure Nigeria didn’t concede more than one goal. Speaking with a member of the technical crew after the game, he revealed to me that deciding on Maduka as the first choice was tough but in the end, they were all happy.

It was a nice workout for the Super Eagles with an upcoming game against the Carthage Eagles of Tunisia coming up.

Rohr is expected to test more players in the game with the likes of Hoffenheim defender and debutant, Kevin Akpoguma expected to make his full debut in the game.

The players looked disappointed after the game but were elated to regroup again for their fatherland. 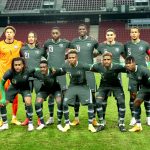