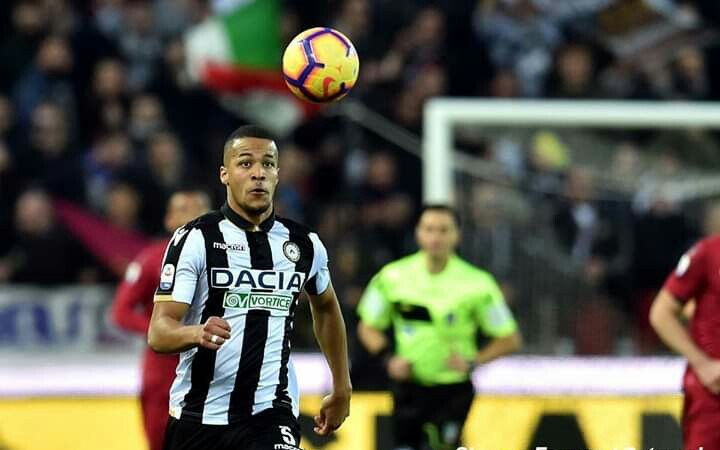 Ekong plays club football in Italy with Udinese and is a regular for the italian club. The coronavirus pandemic halted sporting activities with Italy being the epicenter of the virus in Europe but football leagues are gradually restarting amid stringent safety measures and without fans. Ekong during a live chat expresses how he feels about the restart of football in Italy;

“I’m very excited to get back to playing in the Serie A again. We’ve all been waiting for it for a long time now and top of it all it’s a good sign for all the Italian people that football is back and it’s great to watch the Coppa Italia yesterday and the day before. It’s a shame that we haven’t got the fans in the stadium but it’s just good to go out there and play football again.”

For people whose job and life means they have to be outside and on the road at all times, he explained how the lockdown was for him; “The lockdown for me was okay, it was strange in the beginning because we’re so used to being outside and training and having a set schedule throughout the day but I tried to use the time to improve myself, to keep working and make some extra time for my family now, doing some things I don’t normally have time for. It was nice to enjoy the time at home as well because I was so busy and training and traveling.”

The corona virus ravaged through nations and people lost their lives in thousands, Ekong expressed joy and gratitude at not being affected and also explained measures put in place by the Italian clubs to ensure a safe return for football; “I thank God none of my family or any people I know, none had any complications with the corona so we were very fortunate everyone stayed healthy so I think that was the most important thing.

Since we got back, we’ve all had to do testing every three to four days which is the swabbing and once a week we get the blood testing and we had to take it very seriously and they also make sure obviously we won’t be having any trouble so we can keep it up when we start playing, so we won’t have any issues and everyone could stay safe.”

Ekong who is in his second season in Italy having joined from Turkish side Bursaspor in 2018 describes his time in the Italian league, Italy generally and his aspirations for the club. “My time in Italy has really been great, I’ve enjoyed and feel like I’ve improved a lot as a player. I was quite fortunate that when I came here I played almost all the games, the games I’ve had to miss were either due to injury or suspension so I’ve been fortunate, I’ve grown a lot as a player and I’m contributing well to the team. I’m really happy here, Italy has been the best footballing country I’ve been in so far and I’m hoping to stay here for a long time, I signed a new contract in November which I think was a nice sign of appreciation from the club after my first year, so let’s hope we can Udinese climb the table again and get it back to the years when they were competing European football.”

Ekong has played against Cristiano Ronaldo a few times with the Portuguese arriving in Italy with Juventus at about the same time with Ekong. He talks about playing against the Juventus star and other top footballers : “Playing against Ronaldo was a good experience, I was quite fortunate to play against probably all the best players in the world. Playing against Ronaldo is one on the list and Juventus is a top team and they’ve got great players so it was a difficult game, Ronaldo scored two and you can see the quality, when you play against a top player and top teams in the world then if you give them half a chance they would score. It was great to measure yourself against the best and make sure you improve yourself all the time. It was a great experience and I’m gonna be happy to tell my children that I’ve played against Ronaldo. I’m going to improve myself to get up there and play with more great players.”

He also discussed his time so far with the Super Eagles, he has so far represented Nigeria at two international tournaments, the 2018 FIFA World in Russia and 2019 African Cup of Nations in Egypt.

He picked out the moment he scored against the Bafana Bafana of South Africa as his best moment in green so far. “Scoring against South Africa was amazing moment, I have nothing against South Africa, I love being there, I think it’s a beautiful country and I’ve really enjoyed playing against Bafana Bafana because it has always been competitive games even in the qualifications for the AFCON, it was very competitive, so to face them again and for it to go down till the last minute I think it says enough about the quality of South African football, yeah it was my turn this time and I was very fortunate and it was a special moment in my career and in the tournament.” He hopes to face South Africa many more times and hopefully keep winning. 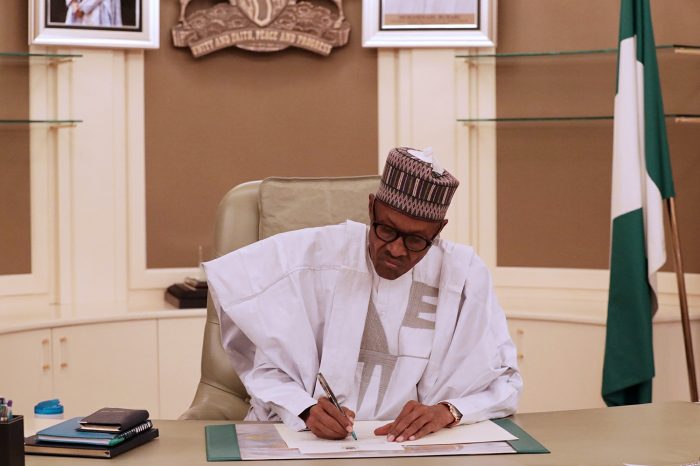 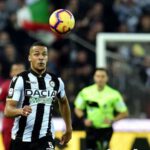