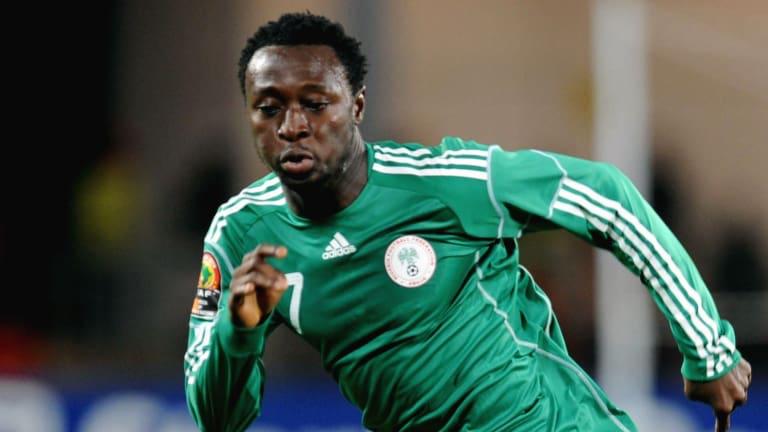 Obasi, speaking with Kelechi Bernard on an Instagram Live Chat said he was asked to pay a bribe to make the Brazil 2014 World Cup squad despite his quality and form at the time.

The team, which had many newbies, perhaps players of far less quality than the former TSG Hoffenheim attacker, got to the Round of 16 stage where they lost to France.

Obasi currently plies his trade with AIK in Sweden, but revealed he has been through a whole lot, part of which is his experience of the corruption that has eaten deep into the fabric of Nigerian football.

“I was playing for Schalke, I was playing in the Champions League and I was doing well. It was a friendly game going to South Africa 2010. Two days before the list came out, I was asked to pay some money if I want to be in the team.

“I felt like I’ve paid my dues for the country, I shouldn’t do this. If I was a young player, maybe I would have done that, but it was a bit personal for me and I felt very heartbroken. I was supposed to move from Hoffeinheim to England and I got injured playing for Nigeria at the World Cup. After that competition, nobody called me or contacted to know how I am doing. I spent a lot of money to get fit. All people talk about is the injury. Nobody knows what I go through on a daily basis making sure I get my body in shape.”

He said getting back to shape was a huge investment for him and he had to brave the odds to get back to good fitness, but he was still asked to pay to make a team he’d taken huge sacrifice to represent in the past. To him, it was never going to happen.

“It takes a lot of dedication, money, investing in myself and my body. I went through surgery, did everything I can. Now a competition is coming up, you’re inviting me to the national team. I’ve exhausted my own money and you want me to pay, which is a slap in the face for me.

“I said I’m not comfortable doing that. They said I should know the system, and I should act like I’m a Nigerian. I said it’s not about being a Nigerian but doing the right thing.

“I’ve kept it close to my chest since 2014 because you’d have unnecessary enemies when you talk. People who played in lower leagues went to that World Cup. I’m not taking jab at anyone. If you’re good for the World Cup, then you should go, but I feel like if you have to take the best and at the time, I was playing for a top team, Schalke 04 which was among the top team in Europe at the time. Funny enough, after the conversation, it got a bit more personal. They told me that even if I end up going as part of the team, their own agent will negotiate that deal. I said it doesn’t sound good to me.”

While the Live Chat went on, Victor Anichebe, a former Everton and West Brom attacker who was also at the Beijing 2008 Olympics alongside Obasi asked pinging rhetorical questions in the comment sections, and these underlined the rot in the National team. He talked satirically about the houses the Nigerian government promised them amongst others.

Obasi said; “Victor Anichebe went to the Olympics, we had only two shirts. We wear one in the morning, and wash it and wear it the next day. Anichebe got into a problem because he changed his into his T-shirt.”

On how he missed the final against Argentina, which the Dream Team lost 1-0 to an Angel Di Maria goal, he said; “It was weird to miss the final in Beijing. I had a fantastic game against Belgium, we won the game, I pulled out to save me for the final. Everything was okay. We went back to the hotel, travelled the next day, trained normal, and just in training, I felt a pain and I couldn’t walk properly.

“Funny enough, I came back from Olympics. Three days after returning to Germany and I was okay again. There are a lot of things that happen in Nigeria that I can’t explain. Lots of crazy things.” 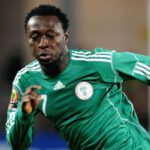